The longer you live, the more you fail. Failure is the mark of a life well lived. In turn, the only way to live without failure is to be of no use to anyone. Trust me, I’ve practiced.”

When we fail we take it personally. We feel the shame, we cannot always understand why we failed when we tried so hard. Our ego feels like it has been deflated. We start to wonder what, if anything, we are actually good at. Failing is an extremely hard thing to go through but it is inevitable. If you are building something new or going after your dreams – you have a high likelihood of failing before you reach success.

Why do we as a society hold such a negative connotation and stigma around failure? In school, we are conditioned to believe that failure is bad and perfect is good. But this is not right. Failure is equally or more important than being perfect.

When we are young we try new things all the time and as we get older the correlation between trying a new sport vs. a sport that I am already good at decreases. We become more narrow in what we expose ourselves to and stick to what we are good at. This does not do us any good. We stop practicing the behavior of learning something new that when we are faced with new challenges we build up anxiety and fear in our minds.

So, with that, I encourage you to fail!!!

Every year at Roomhints we track company goals, personal goals, and failures. We treat them all with the same amount of praise. Yes, we praise a project that failed the same as getting 500 new customers. But more importantly we all practice failing. Each quarter, every person within the company picks one new thing they are going to learn or launch that has a high likelihood of failure. This new skill, sport or product launch is added to an internal spreadsheet. This, in turn, gets everyone comfortable with failing.

The more you fail, the better you get at failing and the closer you are to your breakthrough!

There is one thing that separates the good from the great, those who live a steady life vs. those that go after their dreams and that one this is, embracing failure.

Believe me, once you start failing a lot – it gets really easy.

If I have not convinced you to fail yet, here are five advantages of failure.

1. Failure Illustrates The Problem You are Solving?

When your product fails you are forced back to square 1 or rock bottom. When back at square one your mindset shifts to a state of having nothing to lose. You push the limits a bit more, you get more creative and enter into a state of extreme execution. When you keep pushing the product further and do not fear the failure that’s when the breakthrough happens.

J.K Rowling claims she built her empire from rock bottom.

When we launched Roomhints app in 2013. A week after launch it had amassed 20,000 downloads, was featured on Apple and we could not keep up with demand. We were so happy with the success that we thought we were invincible. But there was one big thing wrong with this app – it was not making money.

“It’s about going through false starts,” Systrom said at a conference in 2012. And, yep, “Burbn was a false start. The best companies in the world have all had predecessors. YouTube was a dating site. You always have to evolve into something else.”

During that time the startup culture mentality was: build the product, get users, then once you build a community you can figure out how to monetize it. Startups that pitched on stage at the NY Tech event were praised when a venture capitalist would ask, “what is your business model?”

The startup would reply, “we don’t have one.” This was the norm. I will say this is in NO WAY the norm anymore. For Roomhints, we would need to get 100s of millions of users in order to be something valuable to then monetize the audience off ad revenue.

We didn’t believe in this strategy and set out to figure out how to monetize the organic traffic we had using the app each day.

But nothing stuck. The more we charged, the higher the expectations and the app could not deliver upon these expectations. The less we charged, the poorer the quality of service from the designer and the questions were not easy to answer. “How do I furnish a living room that is 9 x 11 and has a side corner of 3 x 5?” Or I have a 5 x 5 living room and want to fit a dining table and sectional sofa.” There was no logic and the majority of users were asking questions that were surreal. There was no reality to fit the furniture they wanted into their space. We would be honest and say “it is not possible with the space you have.” But that would not lead to a repeat customer. We were paid to provide them with answers.

We tried to delineate the amount that people could ask to only 200 characters and direct the questions to be one product suggestion. Such as, “what rug can go with this living room?” But in order to understand this question, we needed the entire view of the room or space. We needed more information. The platform needed to be able to do more.

Each failure and experiment got us closer to building Roomhints.com as it is today. A marketplace connecting professionals and clients to help people design their home or office.

3. Failure Brings You Back to Reality

When you are so sure that something will work, you convince people to join your team because you know that it’s going to be a big success. You believe it in all your mind. You hype it up and know it can’t fail. It won’t fail. But then it does. It scrapes away that entitlement and makes you realize that there is so much out of your control.

You learn to understand and appreciate the process and not put as much pressure or control over the outcome. This shift in mindset can enable you to experiment more and thus, get closer to the solution or success!

4. Failure Keeps You on Your Path

In Isadore Sharp’s biography, Four Seasons, he talks about a time when he was looking to build a thousand apartment and two hundred room hotel complex in Vancouver, on waterfront land know as Coal Harbour, adjacent to Stanley Park. The Mayor of Vancouver wanted the complex to be moved 100 feet more away from Stanley Park. But Issy was insistent and claimed the property was already hundreds of feet from Stanley Park entrance. In the end, Issy lost this deal.

Looking back he states:

“That was one of my biggest gaffes, one that might have again altered the course of my life. If that project had gone ahead and I had built all those apartments, I could have made so much money that I might never have become a hotelier.”

A Baltimore TV producer told Oprah Winfrey she was “unfit for television news.”

According to Become Your #1 Fan, Winfrey was fired from her evening news reporter gig with Baltimore’s WJZ-TV because she got too emotionally invested in her stories. A Baltimore TV producer reportedly told her she was “unfit for television news.”

As a consolation, though, he offered her a role on a daytime TV show, People Are Talking.

The show became a hit, and Winfrey stayed for eight years, according to Biography.com.

Winfrey eventually became the host of The Oprah Winfrey Show, which aired for 25 seasons. She’s currently worth an estimated $3 billion, according to Forbes.

Lisa Kudrow got fired from Frasier, which at the time felt like the biggest blow in her career, she would not have been cast for Friends.

The faster you learn to love failing the less resistance you will have on your path to success. Failure is inevitable. Get good at being outside of your comfort zone and not being able to control the situation. When you embrace failure it is easier to move forward after you fail. You know that something greater is coming into your life.

“Feeling that he must run and that he will take root forever and stand, does both at once and neither, grows blind, and then sees everything, steps and becomes a man of stars instead.”

Want to read more about the importance of failure? Check out failure is part of innovating by the founder of OpenText 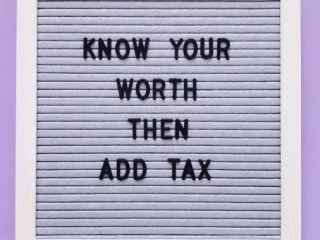